The CA API Gateway allows you to stand up an SFTP endpoint for inbound messages to be processed. These messages are instantly processed by the gateway in memory, so throw away everything you knew about SFTP file uploads.

When you connect to an SFTP server to upload a file, 5 things happen – note this reflects batch operations; interactive sessions may differ:

What’s not obvious, or documented, is that each one of these functions (specifically SFTP command responses) must be explicitly implemented in your API policy.

SFTP uses the SSH2 protocol with a different shell on the gateway. The CA API Gateway implements its own SFTP handler to effectively intercept SFTP commands as requests, and allows these to be routed to policies on the gateway.

A listener must be created first, to allow this to occur. Once you create the listener, specifying the ports and supported SFTP commands, you have two options:

In my testing, the first option never, ever worked. It’s easier to pretend CA never gave us the option and select a policy.

This is the easy one. By simply adding the “Require SSH Credentials” and “Require User Authentication” assertions, you can authenticate a specific user, such that the rest of the API policy will not function if you haven’t passed this simple entry requirement.

The gotcha? Well, if you connect to an SFTP listener without specifying credentials, you seemingly have a full SFTP connection. But without authenticating, it doesn’t do anything anyway (i.e. LIST/PUT commands will simply fail).

This is the one that will give you the most agony. The STAT command is issued automatically by the SFTP client in the following scenarios

The reason this is tricky is two fold; each time a command is issued, it generates a new request to your policy, which in turn means that the commands are stateless.

The purpose of the STAT command, at least according to the RFC959, is to return status of a file:

When this is issued after the “cd” command, it is to verify that the folder is valid.

When this is issued after the “put” command, it is to verify the file was uploaded.

For file PUTs this obviously creates an issue whereby you process the file upload, needs to be able to return a response to a second request, asking for the status of the first.

Given we are uploading files, the filename in the request can and should be returned in the response to allow the SFTP client to gracefully admit that attempt was successful.

To obtain the status of files uploaded, it makes sense to query the backend system for a list of files that have been previously uploaded; simply returning an XML formatted file list will do the trick (of course, CA’s undocumented format can be seen below). Responding to the STAT command when the directory is being changed, however, is where we came unstuck.

This one almost doesn’t deserve own heading. The file uploaded to the SFTP listener is gobbled up by the listener, mapped to the policy, and then you can do normal policy things with it.

Dealing with XML files? Just set the content type on the listener to text/ and then you can route it via HTTP like you would any other RESTful API on the gateway. ASCII or Binary files can also be uploaded – just make sure you encode them properly within your policy, using Base64 or similar, before routing them to services.

One of my current projects follows a workflow where the file is uploaded, the file contents decrypted with a known key, scanned for viruses, base64 encoded, and then finally sent to a backend service to process the request.

Of course, this is followed by the SFTP client issuing the STAT command for the uploaded file, and an XML file list response is returned from a backend service, which the gateway translates into an RFC compliant STAT response to the SFTP client! Glorious!

The response is in XML format, and the SFTP listener on the gateway will transform this XML policy response into a valid SFTP response to the client. Note that this can be dynamically generated by your backend system, OR, hardcoded within the policy for some specific use cases.

Andrew Yang on the Bankless podcast: “If you face a trillion dollar industry that could define the future, don’t screw it up!”
1 min read

Andrew Yang on the Bankless podcast: “If you face a trillion dollar industry that could define the future, don’t screw it up!”

BlockFi vs Celsius vs Nexo from security perspective 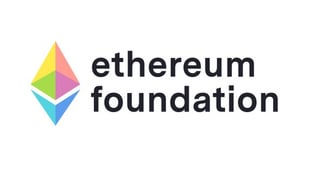