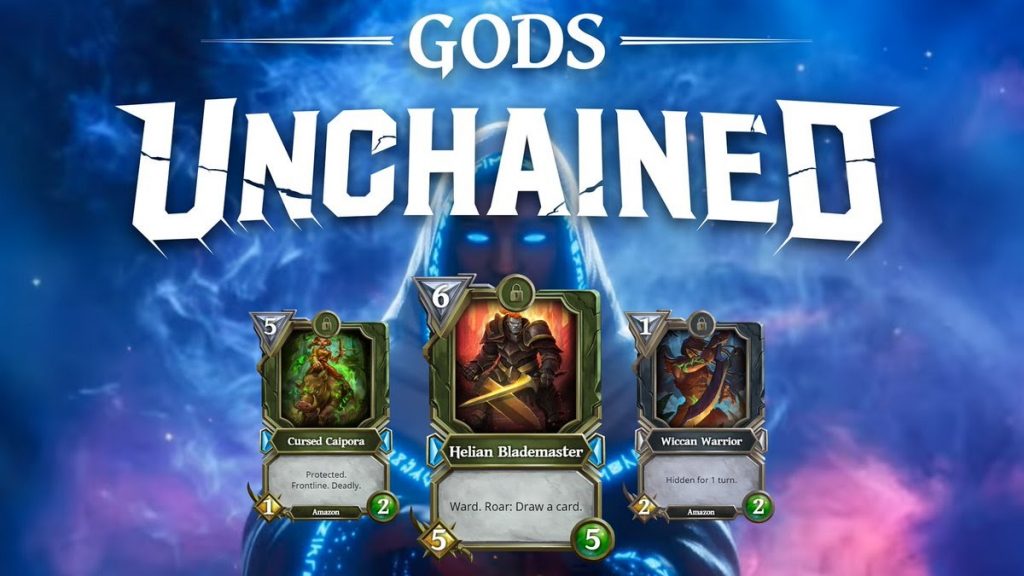 Axie Infinity, an NFT game where players battle, raise, and trade fantasy creatures called Axies, really transformed how a game could be played in the modern world today where everyone is not just playing to entertain themselves, but also investing for their future in exchange of their time.

This is when the “Play-To-Earn” model is born where players are rewarded with tokens, assets or any in-game items or currency that can be sold with real value or money. With the success of Axie Infinity, many players are looking for other NFT games with “play-to-earn” mechanics and also have lower cost of asset acquisition.

Note: THIS ARTICLE IS FOR INFORMATION PURPOSES ONLY AND IS NOT A FINANCIAL ADVICE. READERS ARE ENCOURAGED TO DO THEIR OWN RESEARCH.

Gods Unchained is a free-to-play tactical trading card game that has sold more than 4 million cards and generated over $4 million in revenue before its beta launch.

The game focuses on competitive play, which means players must strategically outsmart their opponents by building their own decks that match their play style and personality while having the capability to own any in-game items that they can get. They also have the freedom to trade, sell and use their cards any way they like.

The game is free-to-play (or free-to-start) because it comes with a free starter deck which new players can use to participate in ranked games.

1. By playing games and leveling up, you can unlock packs that will provide you additional cards. These cards can be used to customize your decks and mint to be able to sell on the marketplace.

2. By winning more games in Ranked mode, you can earn Flux. Flux is used in crafting tools that allows you to make Common cards more valuable. (Once you have enough Flux, just go ahead to the Forge tab and fuse duplicate Common cards together to create a high quality card. After this, these cards are now minted and can be exchanged for real world value.)

Note: Selling cards on the marketplace is not yet available as Immutable X, its layer-2 scaling solution, is still in development.

Splinterlands is another digital collectible card game which recently partnered with Yield Guild Games, a Filipino-led company with over 15,000 gamers operating primarily on Discord.

Splinterlands has already reached more than 100,000 registered users, making it one of the most active decentralized apps right now.

However, Splinterlands is not a free-to-play game. New players need to pay for the Summoners Spellbook worth $10 before they can access certain features of the game.

Splinterlands has its own in-game currency called “Dark Energy Crystals” (DEC) which can be compared to Axie Infinity “Small Love Potion” (SLP).

DEC can be earned through ranked battles, selling cards, or other in-game activities.

DEC can then be traded through different exchanges.

Splinterlands is now in progress to airdrop their main token called “Splintershards” (SPS) which can be compared to Axie Infinity’s governance token with a ticker of “AXS.”

SPS has been designed to reward long-term asset holders and supporters of Splinterlands, which has been running for three (3) years already. Distribution for SPS starts this July, and will last for 5 years and 5 months and the tokens will exist on Binance Smart Chain (BSC). Players who will hold the token will have voting rights on certain governance decisions within Splinterlands projects.

If you want to try the game for free, YGG is giving free promo codes to those people who want to explore Splinterlands. Just follow YGG official Discord Channel and search for Splinterlands tab then ask for the free summoners spellbook.

If you want to learn more about Splinterlands, visit the website here.

League of Kingdoms, is a massive multiplayer online (MMO) strategy game that can be compared to Clash of Clans. All lands are owned and governed by users or guilds. This game also has a partnership with Yield Guild Games (YGG).

1. Land System – players can buy land as ERC721 Fungible Token to be stored in an Ethereum wallet. Every landowner gets 5 percent of the in-game resources that are harvested by players on their land and 10 percent if the net revenue of in-app purchases made by players in the game are shared with land owners in DAI tokens (USD stablecoin).

2. NFT Minting – every resource you mine from the game can be minted into an NFT token and sold in the marketplace.

If you want to learn more about League of Kingdoms, visit the website here.

Blankos Block Party is the blockchain-based game of Roblox operating under the EOS blockchain, where every asset and time you put into the game can be rewarded with real world money. It is a free-to-play vibrant open-world multiplayer game styled like a giant block party, with a focus on custom art and design, building and exploration and curating your collection of unique and rare Blankos.

For now, the only way players can earn from Blankos is through what they called the “Party Pass” which gives players the ability to earn Blanko Bucks (Blankos in-game currency), and Blankos NFTs which can be sold to the marketplace later on. Further, there will be new ways players can earn through the game like daily quests and seasonal challenges.

If you want to learn more about Blankos Block Party visit their website here.

Skyweaver is a free-to-play tactical trading card game also like God’s Unchained and Splinterlands. It is currently in its final testing phase and after this they will reset everything back to zero (0).

After the final testing phase, they enter a soft launch phase where the real economy of the game starts. Every reward you get is already yours.

1. Ranked games – since this is a strategy game, players who can reach the top of the rankings will be rewarded the most. There is a season which ends every week and those players will be rewarded with tradable cards which you can sell or use in your next battles.

2. Conquest – is the next level of competition Skyweaver offers to its players. Enter with one life. Lose, and you’re out. Win once or twice, receive a tradeable silver card. Win three (3) times, and unlock a rare and tradeable Gold card which you can sell or use in your next battles.

If you want to learn more about Skyweaver, visit their website here.

Watch It Happen Or Be A Part Of It?

Based on their latest report, Axie Infinity had 2.3 million unique visitors, monthly volume increased by 334 percent to $128 million, and there are now 320,000 active players. Also, 6,000 viewers tuned in to the Axie Livestream.

This just shows why NFT games are something you can’t just ignore.

This article is published on BitPinas: 5 NFT Games With Play-to-Earn Mechanics (Part 1)